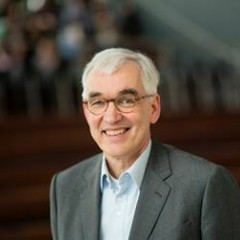 Industry must reduce its greenhouse gas emissions to limit global warming. Sustainable innovation technologies to capture CO2 exists. This can be introduced competitively if the captured CO2 can be put to use. Methanol production could provide the answer. This comes with a big if: existing CO2-to-methanol pathways should become more efficient. That is what PROVE IT intends to realize.

Towards a sustainable carbon life-cycle

Methanol is a much used chemical building-block. It is widely applied for production of various materials in the Netherlands, including Twente, as well as in many other places. Methanol is currently mainly produced overseas from fossil feedstocks. It is subsequently imported into Europe. Wouldn’t it be better to produce this methanol locally from off-gassed CO2 from industry? It would – and sustainable, direct CO2-to-methanol conversion technologies have already been developed. Unfortunately, these proof-of-concept technologies are not yet efficient enough to produce methanol competitively.

The opportunities for improving overall process efficiency are there. PROVE IT aims at system analysis as a basis to develop sustainable methanol production processes in Deventer and Enschede. With that, it perfectly fits the national and European sustainability agendas as a part of sustainable innovation.

If the efficiency can be improved, the clean-technology-based and systems-integrated economic ecosystem in Twente would benefit from that. A regional CO2-to-methanol conversion plant would employ hundreds of people and support many research and development jobs. The biggest winner, however, would ultimately be global climate.

The CO2-rich industrial off-gases of Twence, the inter-communal circular economy focused waste-to-energy company in Twente, are the basis for lab tests and process engineering to design an improved sustainable and low carbon-footprint CO2-to-Methanol conversion technology. The CO2 capture and liquefaction installation at Twence has already been tailored to produce the right quality CO2 for that process. PROVE IT uses renewable energy to do this. A large regional market for this sustainably made methanol is guaranteed in Twente, which increases the chances of success.

From petrochemical based to CO2 off-gas based technology

Present technologies were developed during the petrochemical-based era. Furthermore, methanol production directly from CO2 was held back for decades by an inconsistent global climate policy, which has led to unsteady supply of captured raw material. Only now the climbing CO2 price in the ETS is starting to make it a viable economic alternative for the petrochemical production process. The time is now to transform and tweak these technologies into proper captured CO2 off-gas based technology. This transformation represents a major step towards a sustainable carbon life-cycle within the chemical industry.

The entire supply chain on board

Methanol-users, technology developers and an energy/ CO2 off-gas producer team up in PROVE IT to boost process efficiency. System integration researchers and catalytic R&D businesses assist them at that. The consortium as well as the entire supply chain are present in the Netherlands. Project partners are Twence, Nobian as one of the leading parties in green hydrogen, Avantium as innovator in catalytic R&D, DAREL, Metabolic, Suster, University of Utrecht and the University of Twente as knowledge providers with excellent track records and relevant know-how in the field. Clariant is linked as an associated consortium member to fulfil their leading role as catalyst provider.

System analysis combined with cost analysis could lead to efficiency breakthroughs. Many aspects of the process need to be improved – and can be improved. This goes for the optimal catalytic conditions as well as for the conversion technology itself.

The project result point the way in which this conversion technology can bring about change. The catalytic reactor developed in the project will have potential applications at CO2 point sources in general, in the port of Rotterdam and at other major industrial hot spots. The project will contribute significantly to closing the industrial chains and meeting the CO2 emission reduction target of 35Mton CO2 per year for industry. CO2 production is not a limiting factor for CO2 to methanol conversion, methanol demand is. This market was 8 (Bilfinger) to 9 (Petrochem) Mton in 2018 in Europe, equalling more than 11 Mton of potential CO2 savings per year.

The project is divided into three result areas. The first one explores the availability in quantity and location of CO2 sources. Legal aspects and acceptance by society and business of this green methanol and its derivatives will be described in comparison with sustainable alternatives. The answers will support decision making on investment to scaling up this new technology. It will also help policy makers to recognize the need to adjust incentives, penalties and regulations.

Result area two defines the optimized catalyst productivity, selectivity and lifetime for producing methanol from an off-gas CO2 source. High-throughput experimentation will be deployed in combination with process simulation to assess catalyst deactivation and activity over time with varying process conditions, feed-streams and recycle compositions. The process will be ready for the next phase: pilot operation.

The third result area involves the engineering and a cost analysis for a specific installation and installation capacity to be defined during the project.