High-quality nutrients in a nitrogen-closed system

What does the agri-food chain of the future look like? Elzo de Lange discussed this with Peter Bruinenberg of Avebe and Reggy van der Wielen of FrieslandCampina during the fourth session of the online panel discussion series Industrie in Gesprek. It was a powerful discussion about the main elements of a new agri-food system.

The session kicks off with a video illustrating the development of agriculture from the past decades to the present. It tells us that although the current agricultural system has solved problems, it has also created many, such as depleted soils and increased nitrogen emissions. It is a video that effectively addresses the conflicts of the current agricultural system. As soon as the film ends, the ISPT ‘praat plaat’ visual is shown, which represents a new vision for the food supply chain of the future. Does the ‘praat plaat’ visualize an answer to today’s problems?

Peter Bruinenberg thinks it does. He indicates that this visual effectively illustrates modern agriculture that is more diverse than the current system. “The large-scale agriculture as we know it is not sustainable. Arable farming and animal husbandry tend to draw their own plans, while there is a lot of synergy that is not being used. If you approach it in the same way as illustrated in the visual, you will come close to achieve the climate targets. But it is not easy. In addition, this visual also shows: if you don’t tackle it together, you have a problem. I think we should take accountability for our future, together”.

“The space in the Netherlands is limited, so what are we going to do with it?”, reads the first poll that is presented to the public. The majority agrees: we are making the transformation to large-scale, high-quality nutritional ingredients for the world population. Regarding the other option, which a minority has opted for, Bruinenberg is clear: “Local, small-scale organic farming sounds very likeable, but this is not the solution for the system as a whole. I also like to buy locally, but it is really a niche market and I expect it to stay that way, because small-scale agriculture ultimately comes at the expense of efficiency, and also climate efficiency. Moreover, you have to ask yourself whether a farmer still has the opportunity to get the same price for small-scale food.”

Reggy van der Wielen mainly sees opportunities in dairy as a high-quality nutrient. “Take it to an deserted island, because it contains everything from B12 to calcium and proteins. But while doing so, you are dragging a lot of water as well. It is therefore important to concentrate dairy and its nutrients, for example by drying them. But that is an energy-intensive process, so it is important to get it from sustainable energy sources.” Jongsma adds that as an “former dairy person” (at FrieslandCampina) he also sees many opportunities in vegetable proteins which contain loads of high-quality nutrients. According to Jongsma, we should focus on high-quality products for human food, which is an interplay between animal and vegetable proteins. “An integral look at residual processing is essential for this. Take for example biomass and hydrogen: that is an interesting combination with a lot of potential ”.

“But what about nitrogen and what does it mean to have a ‘nitrogen-closed system’?”, asks Elzo de Lange, referring to the ISPT visual. After all, cows always graze and excrete manure. Tjeerd Jongsma indicates that the nitrogen issue is in fact a control issue. “I don’t think it’s right that we instruct farmers to produce a lot of milk and be good for their cows, but at the same time we hook them up with the manure. You should offer an industrial solution for the manure instead. If we could manage to get a grip on all those nitrogen flows, we should be able to find that balance. Take Gasunie, for example: they are currently active with large-scale gasification installations and could collect manure and convert it into methane. In order to establish a nitrogen-closed system, we should ensure that the nitrogen is not being released into the atmosphere.”

Reinier Gerrits of Meststoffen Nederland, who is in the audience, adds that producing reactive nitrogen is ultimately also an energy issue. “It is obvious that it can and must be more sustainable, such as sustainable ammonia production from renewable energy or from biogas. The current issues are environmental pollution from ammonia emissions into the atmosphere and nitrate leaching in groundwater. Reducing those losses is crucial. Manure also plays an important role. We should not be afraid to add nutrients back to the soil, but we must ensure that they remain within environmental standards and are produced in an energy-efficient manner”.

Nevertheless, for Jongsma it is time for an agricultural transformation in which the Netherlands should take the role of frontrunner when it comes to become a global supplier of high-quality nutrients. “We need to focus on utilizing all nutrients throughout the chain, with minimal processing. Nutrients appear to do their job better in the body when minimally processed. You have to start milder to keep the micronutrients that we need in the end product. It is very difficult to apply this worldwide, but the Netherlands certainly has the knowledge and skills to do this”.

The Institute for Sustainable Process Technology (ISPT) is committed to developing knowledge and technology and stimulating innovation that enables a sustainable food supply chain in which high-quality nutrients are central. Read more here.

During the Industrie in Gesprek online event series, the Institute for Sustainable Process Technology (ISPT) discusses current topics such as innovation, AI and infrastructure with industry partners. The next edition is about knowledge development in the Dutch process industry and takes place on Thursday 9 July. 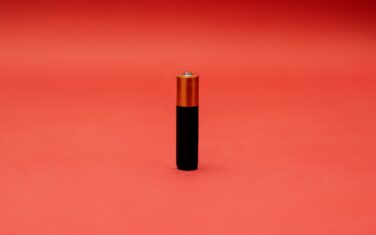 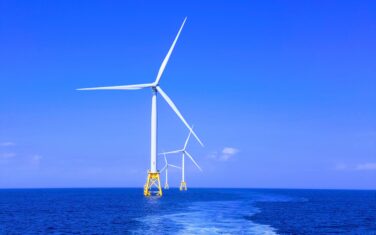