Artificial intelligence (AI) may not provide world peace, but it will increase efficiency in the process industry. This became evident in a lively second edition of ‘Industrie in Gesprek’.

Click here to read the Dutch version of this article

On May 14, representatives from the process industry once again entered into discussions with each other and the public, through interviews, polls and chat messages. This time it was about the high expectations regarding machine learning, part of AI. Such a smart system works on the basis of an algorithm that, through experience, can automatically analyze data sets and sometimes also improve its own results. The algorithm builds on historical data, predicts and decides without being explicitly programmed to do so. Moderator Ann Robin, technology scout for project 6-25 of FME, kicks off the discussion: ‘The process industry is risk-averse; safety always comes first. So why would you apply an exciting new technique such as machine learning?’

According to Frans van den Akker, program director Industry 4.0 at the Institute for Sustainable Process Technology, the sector has long been accustomed to working with, for example, data from sensors and process control. ‘Machine learning is particularly good at recognizing patterns and detecting deviations. It is of especially good use when repetitive processes take place.’ Rob Burghard is director of enerGQ and has a lot of experience with the application of AI in energy, process and weather data. This allows energy-efficient settings to be advised and deviations to be detected. ‘If the complexity of installations increases, with all kinds of process parameters and weather conditions that you cannot capture in normal energy-based models, then it is useful to apply machine learning. It is like putting a magnifying glass on the performance of those installations.’ Michael van Hartskamp, ​​senior scientist at Philips, knows that the healthcare sector is risk-averse as well. ‘This sector processes a lot of data, too much for doctors to handle. So machine learning is very useful. Moreover, it is safe as there is no direct control of a device.’

The remaining question is what exactly distinguishes machine learning from the common models used in industry. What is new about it? Simon Jagers, founder of Semiotic Labs, is involved in smart machine monitoring. ‘In contrast to the current models, you can detect deviations with the help of machine learning without having to indicate in advance what you consider a deviation.’

The media also pay a lot of attention to the shadow side of AI. For example, this development could hinder innovation, limit human creativity and cause socially undesirable ‘bias’. However, according to the panel members, this does not have to be the case. Jagers: ‘I am optimistic about the contribution of technology to innovation. In the United States, for example, models have been developed that allow you to quickly assemble new materials in a virtual environment that are, for example, both cheap and good for the environment.’

Many questions are asked via chat, such as: do we believe a computer over a human? Burghard: ‘It remains an interplay between man and machine. However, there is an enormous aging population in the technical profession. The younger generation is harder to find and has less experience. In the long run, fewer people may be needed, but real intelligence will always be needed to make the final judgment.’ Van Hartskamp agrees: ‘Human cooperation gives confidence to the person who ultimately has to be at the controls.’ Expectations of the technology have been too high anyway, according to Jagers. ‘AI has been hyped. Now there is more rationalization and people understand that you first need to understand individual assets. A few algorithms will not bring about world peace.’

During the online event Industrie in Gesprek the Institute for Sustainable Process Technology (ISPT) discusses current topics such as innovation and AI with industry partners. Register now for the next edition which will be focused on the infrastructure for the energy transition and takes place on Thursday May 28. 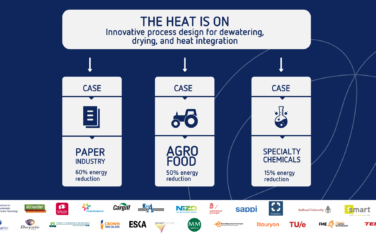 The Heat is On!

Reducing CO2 emissions through integral innovation of heat driven processes In the agrofood, paper and specialty chemicals industries 40 to 80 % of CO2 emissions is related to heat driven... 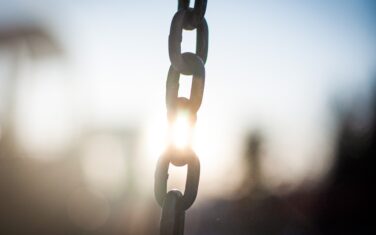 During the April 29 sessions of the Circular Plastics Conference 2021 policymakers and technology providers took the stage to formulate the opportunities to create a circular plastics value chain. The... 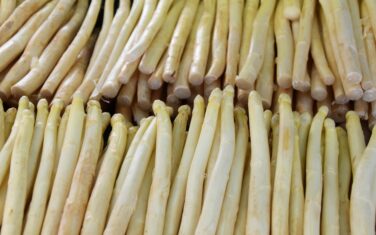 Waste2Taste focuses on closing the cycle in food production. The projects aims to reduce agricultural waste by using vegetable waste streams to generate high quality dried powders. So far the...
Next item