With the Dutch National Growth Fund, a large fund is (finally) available again for knowledge development, innovation and infrastructure. This offers great opportunities for green hydrogen and chemistry, but a thorough approach with attention to leadership and focus is crucial.

On Thursday, October 15, three panel members, led by Frans Nauta, the founder of Climate Launchpad, and more than 50 participants talked to each other during the online event Industry in Conversation, which ISPT organized. This time the National Growth Fund was the central topic. This fund, also known as the ‘Wopke-Wiebesfonds’, was launched during ‘Prinsjesdag’ last September. 20 billion euros will be available over the next five years. An independent committee will assess the proposals. The most important criterion is that the submitted projects must contribute to the Dutch GNP. Who will take on the challenge? And how are we going to make this a success?

The National Growth Fund brings back memories of ICES-KIS, says Nauta. ‘This money came from natural gas revenues and was mainly spent on infrastructure projects in the 1990s such as the Betuwelijn, the expansion of Schiphol and Maasvlakte 2. Later, the knowledge component, KIS, was added.’

Gertjan Lankhorst is chairman of VEMW, was Director-General Energy at the Ministry of Economic Affairs at the time, and then CEO of GasTerra. He talks about the evaluation of ICES-KIS. ‘The spending of the money became diluted with other budget expenditures and there was fragmentation; few concrete results were achieved because the objectives were not clearly operationalized. However, good networks emerged from the projects and some achieved good returns.’ Three success factors were found, according to Lankhorst: leadership, focus and cohesion. ‘There is cohesion in the new fund, but you should emphasize leadership and focus to make it a success.’

Six projects have already been submitted, says Nauta, for example on artificial intelligence and quantum technology. Paulien Herder, professor of Energy Systems Engineering at TU Delft is involved in a proposal on green hydrogen and green chemistry. Herder: ‘We wrote a proposal with the three top sectors Energy, HTSM and Chemistry and a large number of writers from industry, government and knowledge institutions. We are requesting 750 million euros, of which 500 million is intended to develop devices such as electrolysers for hydrogen. We want to convert the existing industry and build new industries.’

Lankhorst: ‘I think it’s a great program, and I think it’s extremely important that we can permanently connect parties. Scientific and industrial activities must constantly interact with each other.’ According to Herder, a ‘sandpit procedure’ could help, in which the parties determine the course together after intensive consultation, for instance by spending a week in a country house together.

An important criterion in the Growth Fund is the so-called ‘matching’; the contribution from the government must be matched with an equal contribution from private and university funds. Tjeerd Jongsma, director of ISPT, is concerned about the private contribution. ‘Due to the economic downturn and the low oil price, I suspect that it will be very unprofitable for companies to match this money.’

Lankhorst is more positive. ‘The industry also has to put in effort to meet the requirements of the Dutch Climate Agreement; by 2030, CO2 must be reduced by 50% and by 2050 we must be CO2 neutral. You won’t get there without investments. Matching may be difficult in the short term, but in the long term something has to be done.’

Jongsma agrees completely. He also sees many opportunities for ISPT to take up a role in consortium formation. ‘Hydrogen is inevitably coming and offers great economic opportunities. Now all hydrogen initiatives are very fragmented, so more conformity is certainly needed.’ The Dutch industry could also form consortia and submit plans for other themes, the participants suggest, such as electrical cracking, the chemical recycling of plastics and ‘circular carbon’, to preserve carbon in the process chain.

The scope of the hydrogen proposal is ‘un-Dutch’, Nauta concludes. Jongsma: ‘Due to its size, it is now marked on the political agenda, which is a positive development. I also see that the Netherlands dares to take on the challenge, and dares to excel. We have the right track record to do so.’

During the online event ‘Industry in Conversation’, the Institute for Sustainable Process Technology (ISPT) will discuss current topics such as innovation, AI and infrastructure with partners from the industry. Keep an eye on our website for more information. 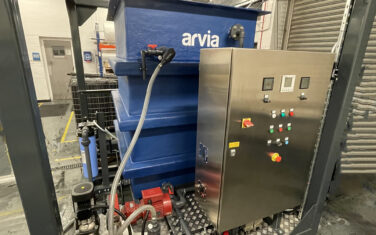