What do clathrates have in store for us?

There are already a number of technologies available for CO2-capture. But in order to reach a carbon neutral industry by 2050, more and better novel technologies are most welcome.

Clathrates look promising in this respect, although their application is still under development. What is the potential of clathrates to bring waste carbon to value? This was discussed during the Carbon2Value webinar on June 8, 2021.

This webinar was hosted by the Institute for Sustainable Process Technology (ISPT) and attended by 130 people. They came from countries involved in the project such as The Netherlands, Belgium, UK and France, but also from Sweden, Latvia and India. 31% of attendants were scientists, 27% came from the energy sector, 15% worked in the Steel industry and the same percentage in chemistry.

All attendants were triggered by the same goals as that of the EU: to have an economy with net zero greenhouse gas emissions by 2050. To attain that goal, reduction, reuse and recycling of the carbon emissions from the steel and cement industries will be vital. Both industries together are responsible for more than half of the industrial CO2 emissions. Especially industrial symbiosis, in which captured emissions from those industries become the feedstock for the chemical industry, could contribute heavily to the circular economy. Capture by retrofit is indispensable to reach that goal.

The earlier, the better

That is already the first part of the answer Jurriaan Boon Ph.D. (TNO) gives to the ‘why’ and ‘how’ of Carbon Capture Utilization & Storage (CCUS) before he dives deeper. Given the need for capture, the conclusion is, that the earlier in the process it is done, the better – as efficiency increases with concentration and the concentration is highest at the sources. For the steel industry this means: capturing cokes oven gas, blast furnace gas and basic oxygen furnace gas.

The innovation potential is huge, as a capital expenditure reduction of for instance 30% capture would mean an annual saving of 17 billion dollars (although the relevant capex/opex ratio was not mentioned in the webinar).

Apart from the existing capture options, there are three promising new technologies on the horizon. the first one is the high temperature option of calcium looping (CASOH). The second process can take place at intermediate temperatures. This potassium carbonate promoted hydrotalcyte is very promising, as the cost of CO2 avoidance lies at 33 euros per ton and the present cost of CO2 emission lies at 50 euros per ton and is only expected to rise. The third contender are variants of the low temperature process involving clathrate hydrates.

That is the domain par excellence of professor Bertrand Chazallon of the Université de Lille. He underlines that clathrate hydrate technologies or Hydrate Based Separation Processes (HBSP) are not entirely new: a process was already patented 24 years ago. It is, however, still imperative to drive down costs to make them economically viable.

Gas hydrates are crystalline compounds that encapsulate gas molecules like cages. CO2 from flue gas mixtures is captured in water cavities. One cubic metre of gas hydrates typically equals 172 cubic metres of gas at room temperature at 1 bar plus 0.8 cubic metre of water. Once process gas is injected, pressure variation sees to a process of hydrate dissociation taken place in which remaining CO2 is trapped in water cavities. The CO2 can be recovered, after which the water can be used again. Pressure and temperature influence selectivity; experiments have shown very good selectivity – five times higher than in the gas phase. Promoters such as tetrabutyl-ammoniumbromide (TBAB) can further enhance the process parameters.

Apart from pure clathrates there are also semi clathrates that contain salt in their network. These can capture less gas in their network, but show an even better selectivity of 8.5 to 13 better than gas phase. The present drive is to turn from a batch process to a continuous process. Chazallon mentions 65% CO2 recovery in such a process under mild conditions: a real potential for industrial application. A new concept of HBSP combines decarbonisation with desalination. Capturing CO2 while turning sea water into potable water, could things get any better? Given the higher yield compared to conventional solvent based CO2 capturing methods (for instance using mono-ethanolamine), Chazallon thinks it is time to scale up the HBSP technology – and certainly for more evaluation of the economic and energetic performances in comparison with other CO2 capture technologies.

That is exactly what master students Mike Essink and Jur de Bruijn presented, also on behalf of their University of Twente colleagues Joey Wolbers and Sahil Joshi. Their literature study compared CO2 capture from a flow of 350,000 cubic metres per hour of blast furnace gas with 25% volume CO2  with clathrates to the current amine process.

They underline that in the current state of affairs there is mainly lab scale research which almost automatically means that a lot of assumptions have to be taken into account. Some challenges of practical application can, however, already be predicted: the stability of the clathrates in the process and the need to extract heat from the process caused by the high exothermic reaction. Recycling of the promoter TBAB from the process is also a challenge.

The comparison between clathrates and semi clathrates is a mixed bag. Semi clathrates can attain a stream with a higher CO2 percentage, but also have lower capacity and a higher liquid to gas ratio, which leads to more liquid handling. For both technologies, a one stage process doesn’t suffice to attain the desired outlet concentration. A third option, hydroquinone, is promising, but at a too low TRL.

The final verdict is therefore, that clathrates at this moment cannot compete with the amine (MEA) process – yet. That is not a revolutionary verdict for a novel technology. Essink and De Bruijn point at the opportunities to find the sweet spot for the new technology variants  and to select or develop the right equipment for further improvement. How steep can that improvement curve be? We’ll have to wait and see – or better still, to work at it to make for the steepest improvement curve possible. This webinar was an activity under the Carbon2Value project. Carbon2Value has received funding from the Interreg 2 Seas programme 2014-2020 co-funded by the European Regional Development Fund under subsidy contract Carbon2Value2S01-094

To make Dutch industry more sustainable we need significant steps. The Electrification Roadmap mappes out the most promising route to 2030 and 2050 with the aim to transform the current...

The ISRO project: the considerable promise of OSN

The final report of the ISRO project is out. It discusses progress made, at the proof-of-principle level, in capitalising on OSN, a promising technology that will use membrane nanofiltration to... 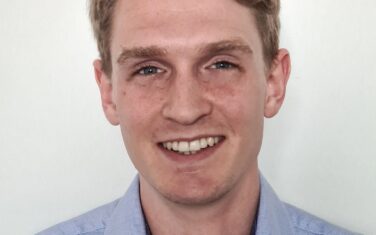 Work and play My name is Michiel Nijboer, and when I’m not working on my PhD, on atomic layer deposition on ceramic membranes, I can be found either out in...
Next item