Hydrogen plays a vital role in creating renewable energy systems. To increase the understanding of the role of hydrogen in the industrial energy transition, the Institute for Sustainable Process Technology (ISPT) established the Hydrohub Innovation Program.

The Netherlands currently plays a key role in the fossil energy supply chain to entire Western Europe, both as an energy carrier and as a feedstock for industrial use. The question is how – under the transition to a carbon-neutral society – the current fossil energy supply chains will transform into green energy supply chains. It is expected that these are based on emission-free hydrogen. In the first three HyChain reports we look at the building blocks that shape these future supply chains; HyChain I investigated the adoption of hydrogen in industry, HyChain II looked at the role and likelihood of hydrogen based energy vectors reaching Western Europe through import and HyChain III provides a systematic overview of conversion, transport and storage technologies that build the value chains.

In the first project, HyChain I, we have studied how energy and feedstock demand in the process industries may change when aiming to become carbon neutral. The main focus of the HyChain I report is to explore the major tipping points influencing the shift from incremental change towards rapid growth in a hydrogen economy, across various sectors.

The report indicates that between a minimum and maximum hydrogen adoption scenario there is a broad bandwidth for estimated potential hydrogen demand. The three major uses of hydrogen identified are: fuel for international shipping, for industrial heating, and as feedstock for (petro-) chemical industry. Shifting from the low-end scenario to the high-end scenario is primarily driven by cost and availability of the primary energy sources. In the minimum scenario, hydrogen is only used in the fertilizer industry and in part for use in high temperature heating. The high scenario shows the expected maximum hydrogen demand based on replacing all major current industrial energy and feedstock uses.

The scenarios illustrate the high uncertainty in the projected future role of hydrogen in the Netherlands. Key influencing factors are political incentives, pace and cost level of transition in the (renewable) power sector, availability and acceptance of use of biomass and CCS and the incentives installed to enforce CO2 emission reduction to achieve the Paris Climate Agreement goals.  This initial analysis provides a solid basis to build further in analyzing the role of hydrogen on a broader system perspective in the next stages of the HyChain project.

The HyChain III report will be published soon. To stay up to date about our work and publications, register for our newsletter here. 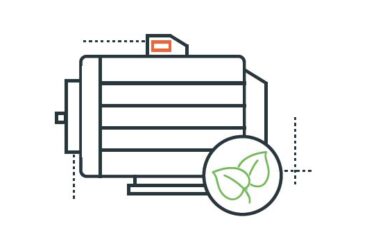 As part of the ISPT-led ERGO project, Semiotic Labs analyzed anonymized current and voltage data from 303 industrial motors. They discovered that more than half of them could be rightsized... 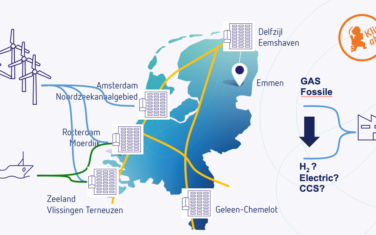 On March 18th, the Institute for Sustainable Process Technology (ISPT) and its partners virtually kicked-off HyChain IV. This project helps to accelerate informed decision making for the deployment of hydrogen... 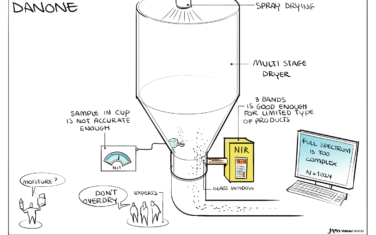 Follow our sequel on the case results in the project Grip on Dryers – this time part 3 of 5. Within the Grip on Dryers project, several companies that seek...
Next item